From the receipts I was given with the car, paper MOTs, and an information request to the DVLA, I have pieced together some of the vehicle’s history. It has had 7 former keeps before myself – 8 in total since 1973.

Keeper 3 was a Mrs Pamela Haus who was the registered owner on 27th July 1979.

From what I have found, Keeper 4 was Mrs Christine Gibson who purchased the car on 30th Nov 1979 according to DVLA documentation. I also have some receipts dated between 27th Feb 1981 and 23rd May 1982. 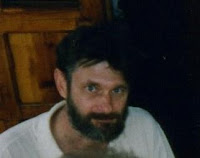 Keeper 5 – Dr Alan Apling (mineral processing lecturer at the University of Leeds) – receipt dated 18th July 1986 with a hand written notebook he used to keep track of fuel consumption and maintenance. This note book identifies the purchase date as 25th May 1982 (he paid £1,950) with mileage at 50,728 and ends on 12th June 1989 with mileage at 65,253. The Stag was registering between 18mpg and 22mpg during that time. 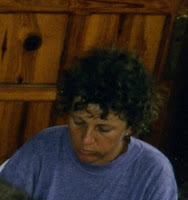 There is also a hand-written note of engine overhaul work carried out for him: Heads skimmed, New gaskets, valve springs, con rods, timing chains, water pump, reground & toughened crank, fuel pump, electronic ignition. I can’t be sure if this work was done, but the engine is very quiet and I can see Lumention ignition fitted, so there is a good chance that it did.

Then there is a large gap in the receipt paperwork until an MOT in 1993, 1994 and another in 1995. The mileage hardly changed over this period reaching 65605 in July 1995, so Mrs Apling may not have used the car as a daily runner and it was probably stored/garaged somewhere in Leeds where they lived. 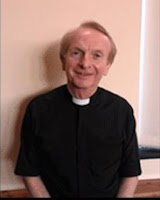 Keeper 7 was Father Terry Doherty who purchased the Stag on 3rd July 2001. His name started to appear on the receipts I have about then. Father Terry was Catholic priest in Chesterfield from 1987-2015 and in Dronfield. I bought this car from his estate on 18th March 2017. There is a huge history of work commissioned by Father Terry over the years but the car didn’t seem to be on the road much with MOTs in 2008, 2009, 2010 and then again this year.