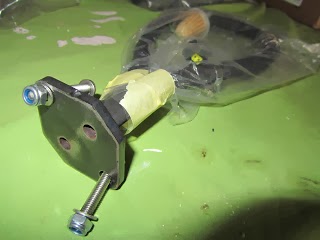 As I have mentioned in previous posts, my IACV has never really worked properly. It buzzes away to itself and allows the car to start and idle but I think this is a combination of a number of wrongs making a right: for a start it is wired incorrectly – to gnd rather than +12v and to the wrong pins.

Rewired right back to the ECU and double checked the wiring – all OK. Walked back through the set-up advice from Emerald: Wire one pin on the valve to an ignition fed +12v supply.  The other side goes to pin 3 (IACV Valve channel 1) on the Emerald ECU.  In the PC software go to ECU Configuration and “Idle Air Control Valve motor options” and select 300Hz as the PWM value.  If the configuration has to be changed then click the OK button and reset the ECU by switching the ignition on and off.  Read up the map from the ECU and go to the “Idle Control” tab – press F5.  Select “motor control mode” in the top right hand corner of this screen.  Set the mode to “Fixed position manual control.”  Re-program the map to the ECU.

From the “live adjustments” tab (F8), and with ignition ON, engine OFF, use the page up/page down keys to alter the motor setting.  The valve is, in effect, an air injector so you should hear the motor buzzing as you increase the IACV position above about 20%.  Note that the valve will not work at very low settings or very high settings – the normal operating range is between 30% and 70%.  You can test this before starting the engine when the valve noise should be very obvious.
Everything behaved exactly as per the above – thought I had finally cracked it….but…….with the engine fired up (cold) the IACV had no effect on the idle regardless of the position (0% through 100%) which remained stubbornly at c 1000RPM.
Then I removed the pipe connecting the IACV to the manifold and allowed air directly into the manifold via the pipe i.e. no IACV at all. The revs jumped up to 1200RPM. This looks like the problem. There is simply not enough air being allowed through the IACV due to the diameter of the inlet pipe and bracket. Surprising since this was a GBS design. This diagnosis is also supported by that fact that RichardL has his working by connecting directly to the Plenum chamber i.e. no pipes or brackets to restrict the airflow.
So what to do? – not sure. I don’t particularly want to remove the manifold to fit the IACV, but I may have to. I’ll think on it. 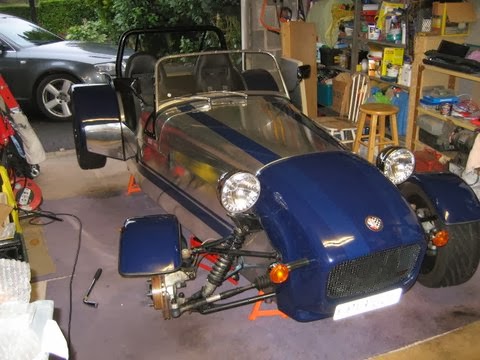 Suddenly my car has done almost 1500 miles. One moment I am awaiting registration papers and the next it’s done 1500 glorious, grin producing miles – where did the autumn go? So it’s time to take a detailed look around and make sure everything is still as tight and true as it should be. With the car back up on stands, I took all the wheels off and painstakingly visited each bolt. In the main nothing had moved, but a couple needed a quarter turn now that everything had settled.
I also took the opportunity to look for anything amiss. Diff and drive shafts looked like new, as did the gearbox and clutch. The engine bay (looking from above) also looked (almost) pristine apart from some dust and general detritus from dirty roads. Water level and brake fluid level haven’t changed, but the oil level had dropped a little. Checking under the engine bay I can see a small oil leak at the back of the Raceline sump where it meets the gearbox. Well, I can’t see the leak, but I can see traces of oil. I am certainly not tempted to remove the engine to get a better look, so I guess I will simply have to live with it and keep an eye on the oil level. The oil pressure is fine. Took the opportunity to do another couple of jobs I have been meaning to do. Firstly installing some bonnet pins to stop the bonnet flaring out especially around the exhaust manifold. Looks much better.
Secondly, adding a small cargo net for sunglasses and mobile phones.